So over the past few weeks, I’ve been busy planning… surprise surprise. Of course, it’s travel related. And yes, the F1 season started again last weekend, although my performance was more like Manor than Mercedes.

It begins with Friday night and a Black Tie dinner at the House of Commons with one of my oldest friends (after 19 years, I should know this has carnage written all over it!) Conscious I’m playing hockey on Saturday, I set out with all good intentions of sticking to a single tipple and getting plenty of water on board throughout the evening. However, nights out with Charlie are rarely so conservative; a few bottles of wine, a Welshman bidding on a fishing rod, dinner with Admiral Roebuck, and a spot of the King’s Ginger for good measure, and I rock up to hockey on Saturday with a stonking hangover and an ‘A game’ left somewhere under a backbench in the Commons. Fine acknowledged.

But the match starts remarkably well. Despite playing top-of-the-table Chertsey (who nailed us 8-0 before Christmas), we hold a clean sheet and go into the break 0-0. Charlie comes down to watch the first half (nothing to do with the fact that Wimbledon Ladies 1s are playing on the next pitch…!) and he leaves at half time with the advice “you’ve got this, you can take this game…” So naturally, we then concede 5 goals and duly lose the match, albeit to a side which significantly ups its game after the break, and against whom we are admittedly inferior. Nevertheless, the team agrees that The King’s Ginger is to blame. Fine acknowledged.

As this is our last home game of the season, and because some of us can’t make the End of Season dinner – fine acknowledged – our skipper decides that the 2015 fines should be awarded and consumed after today’s game. As Finemaster, I duly order a couple of jugs of refreshment, and set up court in the clubhouse. Unfortunately, in the absence of the Kings Ginger, which managed to accrue a number of fines in the closing stages, most of the refreshment comes my way… 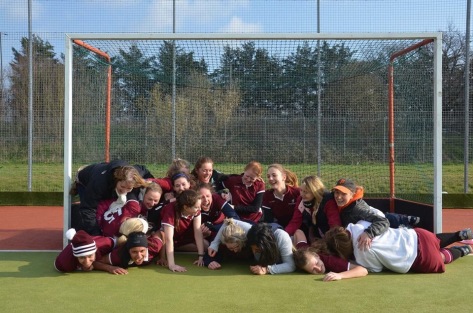 By Saturday night, I’m somewhat tired – a late night on the sauce, an early start for qually, hockey with hangover, and a couple of fines for good measure, I should just go home to bed. Especially given I have a table booked at Jetlag for a 04:30 start on Sunday morning! But no. Instead, I toddle off to Clapham to indulge in a Chinese banquet and more wine, courtesy of F1 Tom and the usual suspects. I’ll never learn…!

Once again, all best intentions; I diligently set my alarm for 03:45 and make sure I’m home by 11. At some point during the night, the Aussie one joins me, and we’re both deep in the land of nod, until we’re awoken by a call from F1 Tom, asking why our table has been given away and where the hell are we?! Fugger! Throwing on the clothes carefully laid out the night before (in anticipation of slow tiredness, rather than adrenalin-fuelled lateness), we’e out the door and in the car in 4 minutes, generally trying to make ourselves respectable in the 23 minutes it takes to get from Putney to Belgravia!

We get to Jetlag and all seats are taken, so I’m left to sit on the naughty step, literally, and watch the race from a barrage of banter from the barman. F1 Tom, meanwhile, has once again pushed on through, and spends the race topping up from last night. By Lap 50, he’s sloshed and causing as much entertainment as the barman. We decide breakfast is in order, and make a swift exit to Polo24.

Let’s hope I’m on time for the next race – a flight to KL is a bit harder and more expensive to make up than an Uber to Belgravia…!